Atomic Physics is the study of atoms as an isolated system of electrons and an atomic nucleus, whereas nuclear physics studies the constituents (protons and neutrons) and interactions of atomic nuclei. Atomic Physics also describes the physics of molecules and their properties. The essential concerned is with arrangement of electrons around the nucleus and the processes by which these arrangements change which includes ions and neutral atoms. In nuclear physics the various applications are Radioactive dating (geology, paleontology, archeology, art), Nuclear medicine (Medical Diagnosis (PET, MRI) cancer treatment with proton or heavy-ion beams), Electric power generation (nuclear fission / fusion reactors), National Security (nuclear weapons stockpile),  ion implantation in materials engineering.

In the light of this theme, the conference series aims to disseminate the advancements of research in Atomic and Nuclear physics to the global community by creating a platform for active participation of industries and academic organizations through exchange of new ideas amongst the of expertise and lateral thinking from researchers, scientists and students through invited plenary lectures, symposia, workshops, oral and poster sessions of unsolicited contributions. 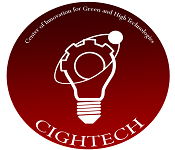